Decking the Halls of My Happy Place 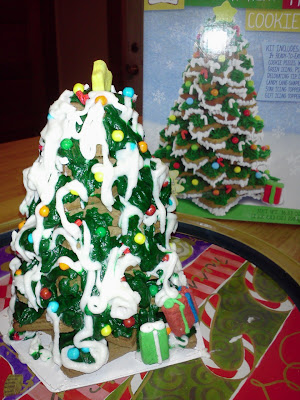 We are all moved back into our wee house once again.
Each box I unpack and empty is a small victory.
I hate unpacking as much as I hate packing.
But somehow, in the unpacking, a whole lot of Christmas decorating is going on.
I'm compensating for the fact that it's a week before Christmas and I haven't baked a single cookie, wrapped a single gift or written a single card.
But I'm in the Christmas spirit!
Thank goodness for a cookie tree decorating kit
bought by thoughtful Aunt Debbie (my sister-in-law).
The kids assembled it last night.
Well, I helped with the assembly, but then stood back and let them go at it with the icing and candy.
Looks just like the sample on the box,
don't you think?
hahahahahaha
I had to keep them from eating the tree right away because it looked so yummy.
I want it to last until Christmas.
It's the perfect centerpiece for the cookie tray.
Now I have to bake cookies.
Thanks Aunt Debbie!
I had an epiphany this Christmas.
I always laughed at the psychology mumbo-jumbo about going to your "Happy Place", because I really thought it was bunk, but I have discovered what my Happy Place is and now go there often.
Especially lately, with so much tragedy reported daily on the news.
I don't even have to mention the latest in Connecticut.
I discovered my Happy Place by accident.
About a month ago, I was lying sleepless in bed late one night trying to think about nothing so my brain would shut down and let me rest, and then started thinking about my first visit to Santa.
This was back before shopping malls were enclosed.
Santa's Place was a rather plain trailer with a line starting outside in the cold.
Being Michigan, it was very c-c-ccold, and I remember huddling with my mom, younger brother and little sister against the December wind as it whistled and whipped around the open mall, cutting though our thick coats and chapping our cheeks and noses.
Then, after a small eternity, one of Santa's elves opened the trailer door and ushered a few of us into his magical sanctuary.
But, before we got to see the man himself, we had to wait still longer, slowly shuffling the length of the trailer past diaramas of skaters on a glitter sprinkled cardboard pond, past Victorians trimming a Christmas tree while their puppy pulled at the ribbon on a gift under the tree, and past other festive winter scenes involving slow moving mechanical manequins.
The line moved at a snail's pace so we stood before each scene long enough to take in every detail and even get bored with the repetitive movements of the dolls.
It was warm in this wonderland, there was music, twinkling lights and
the Anticipation of Something Exciting.
While I thought about that place in my childhood,
I relaxed, my breathing slowed down and I fell blissfully asleep;
with literally "visions of sugar plums dancing" in my head.
I am holding on to that Happy Place.
It's Scrooge-proof.
Where's your Happy place?
﻿
Posted by Unknown at 7:49 AM 6 comments: 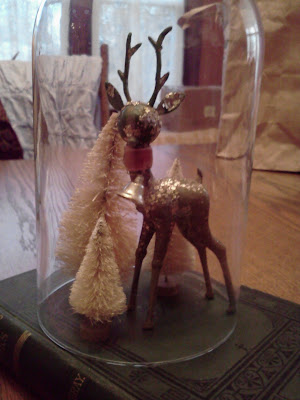 First off, I apologize for my dark photos.
I feel like I am operating under war time conditions.
My digital camera stopped working, without warning,
and my favorite editing program is on another computer.
Add to the equation packing a huge house and moving into a much smaller one
and you have one stressed person!
Yet, when I find a mangy, plastic deer, in the midst of packing, I pause to assemble him into a vigniette.
He is my oasis of sanity.
I think I'll hand carry him to the next house (4 blocks away, "across town"). 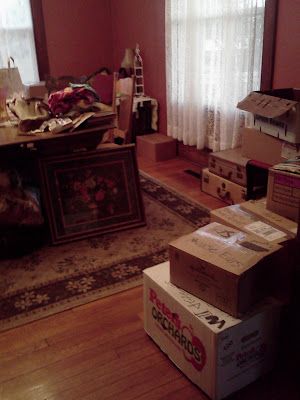 The boxes are slowly stacking up. 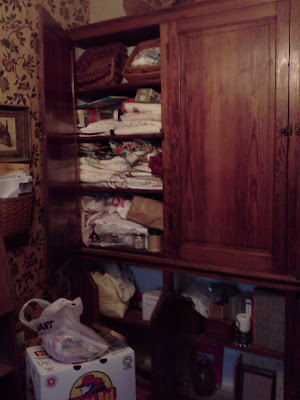 Today I'm packing the butler's pantry.
I don't have cupboard space like this at the other house, so a lot of it will remain in boxes until I figure out how to dispose if it.
Table cloth and linen napkins embroidered by my mother while she was pregnant with me, vintage cotton table cloths printed with 1950s motifs,
Longaberger baskets I use occasionally, canning jars, and many more  things I can't recall,
all fit snugly in one place in this house, but will have to be separated and scattered into whatever small storage areas in the other house.
Or just left in the boxes I pack them in until I decide how to sell it or give it away.
A lot of it just has to GO.
I'm getting to the point where I'm ready to cut loose of some (no, a lot!) of my accumulation.
Then, my oldest daughter picks up an item, as if seeing it for the first time (and maybe she has),
and says, "this is pretty, can I have it?"
And then I'm reminded of why I keep it all.

Thank you for your support!
﻿
Posted by Unknown at 5:57 AM 7 comments: 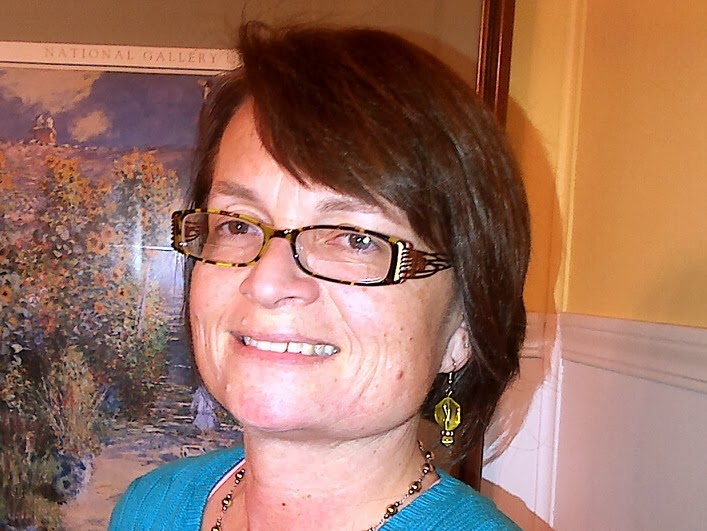 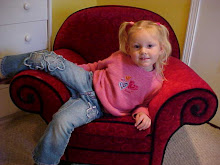